Legendary footballer Joe Kadenge had once requested a visit from the president when he was ailing in hospital and this past weekend his wish came true. He used to play for Maragoli United back in the day and also played for Abaluhya United then won KPL back in 1966.

President Uhuru Kenyatta together with Nairobi Senator Mike Sonko, Culture CS Hassan Wario and a bunch of government officials. It is reported he left him Ksh 2 million and NHIF cover. Kadenge is suffering from diabetes. 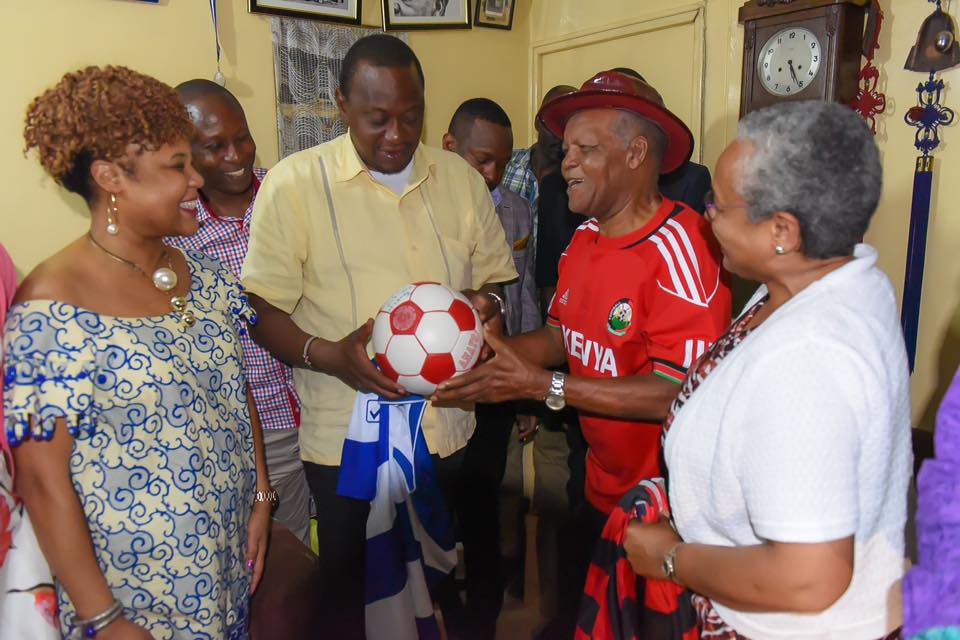 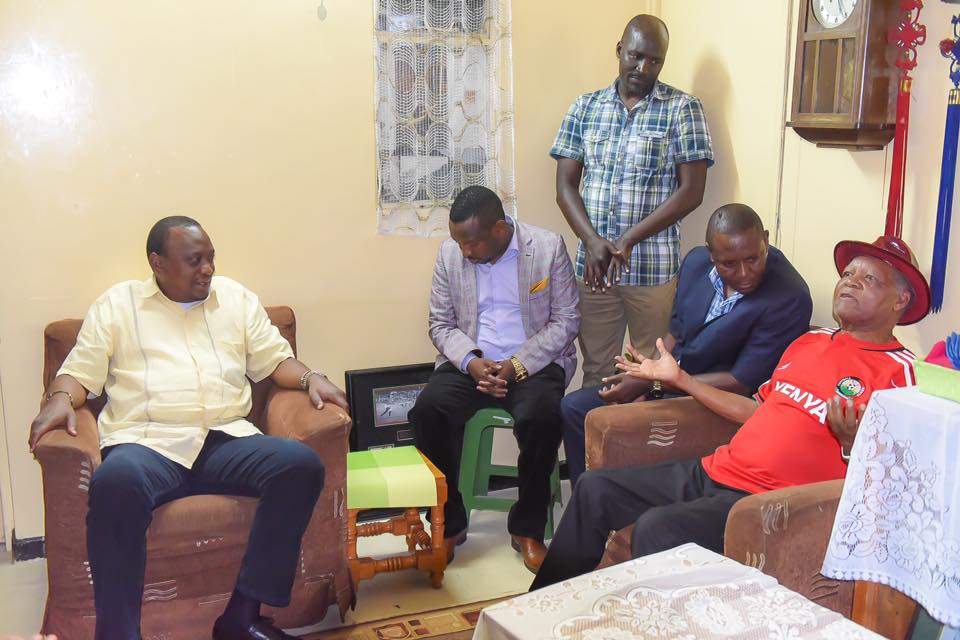 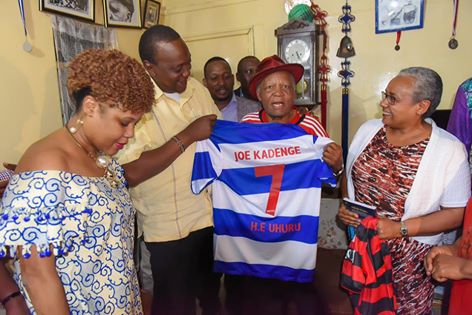 This was Uhuru statement:

Visited soccer great and national hero Joe Kadenge at his home in South “B”, Nairobi after he expressed a wish to see me. Kadenge is a patriot and embodies the commitment by our founding fathers to build one strong united nation. I gave him an NHIF card so he and his family have access to medical care. I thanked him for his service to Kenya and for the football and AFC Leopards replica shirt bearing his name and his famed number 7.