Earlier this week a medical student at University Of Nairobi by the name Ralph Obure was shot in the abdomen and seriously wounded. This happened at around 8am as he was crossing a railway line in Matumbatu area while heading to Kenyatta National Hospital.

Today the medical students sent a statement to call the students to hold a peaceful strike in protest of this. Here is his full statement.

In the past 2 years, 10 medical personnel including students, registrars, interns and M.Os have been victim to violence by goons and thugs. Hence there will be a peaceful demonstration addressing these issues.

The last two days have been filled with sorrow and anxiety over the shooting of our fellow student. We have gone through an array of emotions. When we think that Ralph will get better, then he slips into a crisis. When he brightens up and starts cheering up, just before a fever strikes and we start all over again. It is in moments like these that our greatest strengths and will is called of us. We have been up to the task this far. I’m sure to report to you that indeed, he remains the fighter we all know him to be and he is hanging on courageously.
Our leaders sat and deliberated the cause of action regarding the incident. We gave the university 39 hours to give us a formal response on their plan of action. The deadline expires at 7am tomorrow.
We demanded among other things, the University Health services foot the hospital bill for the ailing student. Reports from KNH so far show that they need a letter of proof that he is a student for the parents to claim NHIF. That is unacceptable and we have to say no to this injustice. Ralph is a diligent student like most of us; Ralph was headed to KNH for a ward round to do what we all do on a daily basis. As I told all of us on Monday, this could have been any of us, and if little is done about it may end up being one of us.
Now many of us will agree that through and through we find ourselves beneficiaries of the good actions of other people. Strangers often find themselves going the extra mile for fellow humans. And that is what makes us human. That has and continues to be what defines us everyday we wake up to care for each other and for the patients from whom we learn. That is the most important lesson we learn from the zeal that he displays.
we have called the entire school to stand up to the University and demand that it accounts for the measures it has put up to guarantee that this never happens again. We have demanded that the university allow the college to build hostels within school to accommodate all of its students. We have demanded that university buses be availed to ferry all students who live outside university premises every morning and drop them in the evening with effect from tomorrowThe Deans of all the schools in the college have received notice to the effect that no lessons will be received tomorrowWhen I was elected I promised to stand for each and every student in the face of uncertainty. I do my best, and tomorrow I will stand by one and many more that are to come. I will stand tomorrow, even if I find myself alone. I salute the 4th years who have suspended their classes to join me. I salute those in fifth year who have also cancelled their classes to come and stand. The third years that have sent their apologies because they are in the middle of exams are saluted too. I ask all who believe that we can change something from this case, to come and be counted tomorrow morning, at 8am at the KNH School of Medicine entrance. Come with your labcoat and your stethoscope and we will match to Main Campus and demand that the Vice Chancellor address our concerns. Come with a clear conscience of your exact reason for standing to be counted. Come, because that might just be the only thing that counts in one person’s life.

Here are some photos 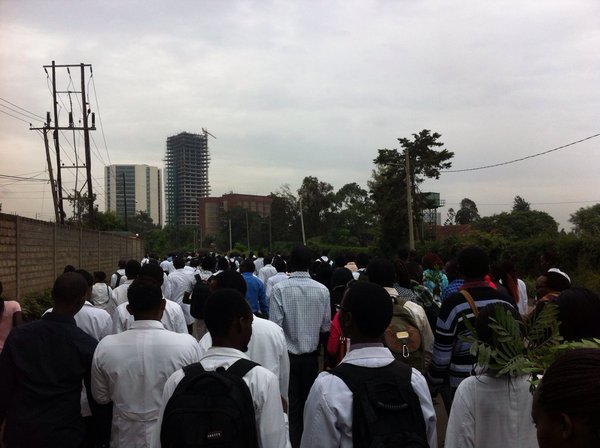 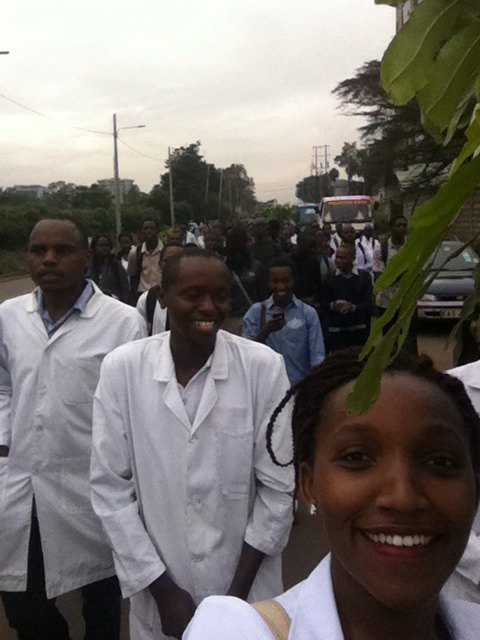 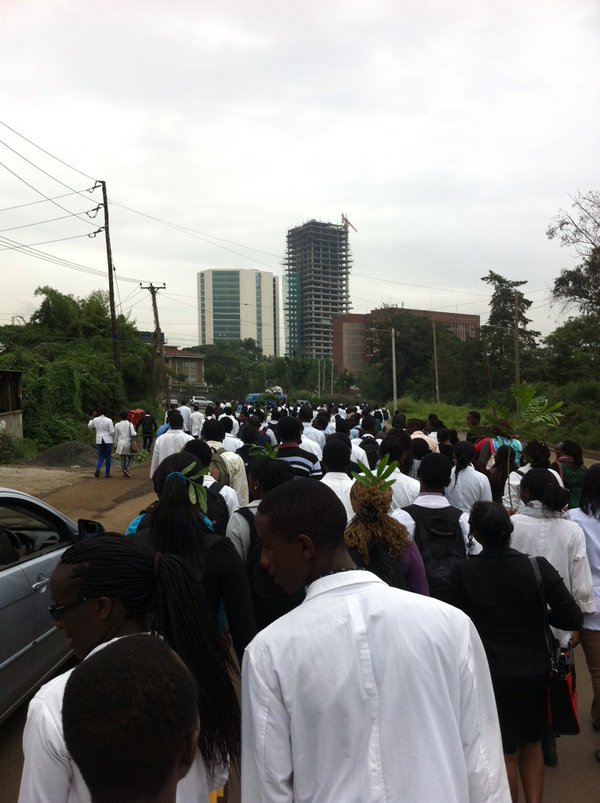 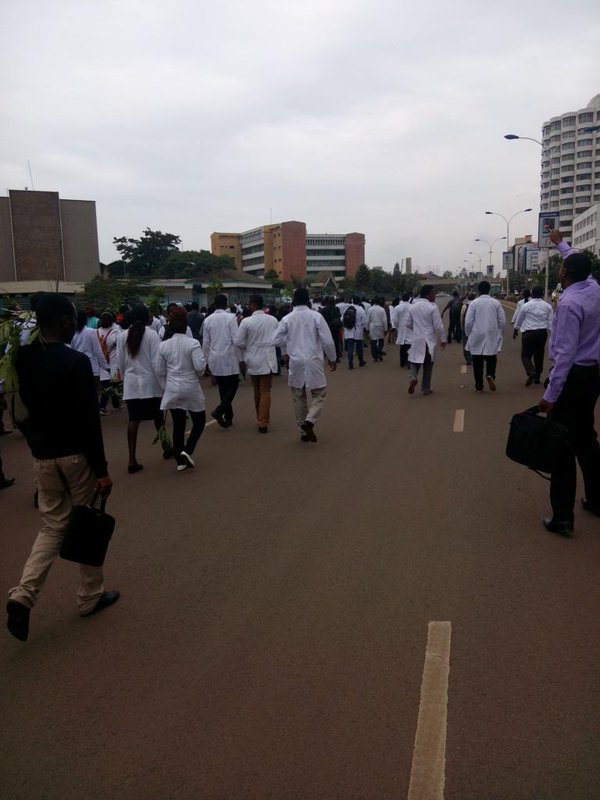 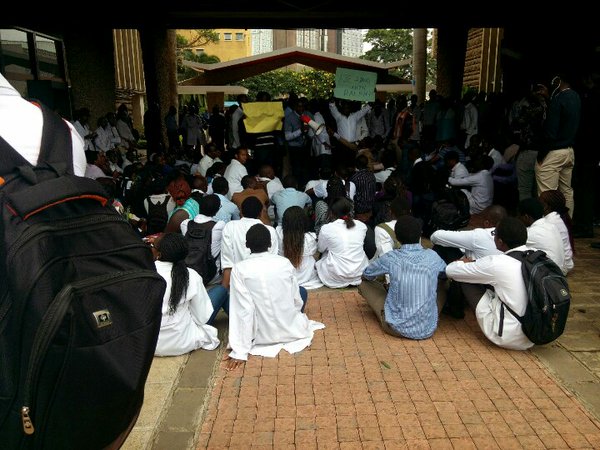 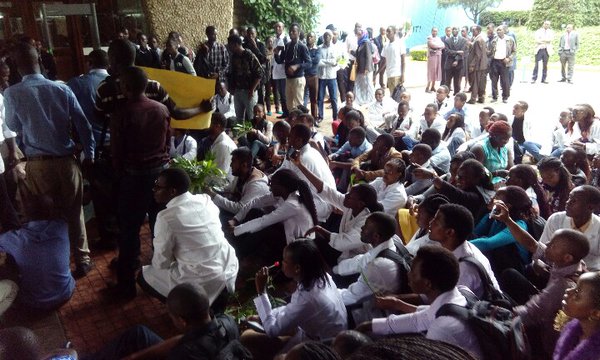