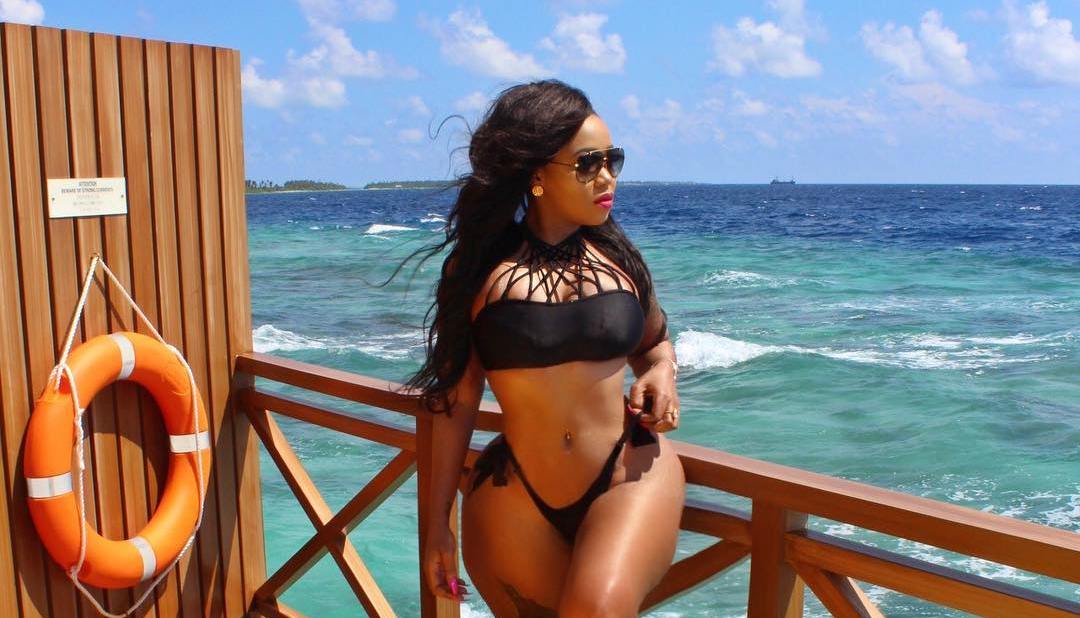 Vera Sidika is out in the Maldives Island for a vacation which she many times stated on her Snapchat that she has paid for the whole trip herself. She even went ahead to bash the people saying that she was with a sponsor there.

As usual, she is never shy when it comes to taking really hot photos of herself in public. She posted a number of photos on Instagram of herself in the pool and a number of videos twerking vigorously. As for who takes the photos, Vera claims its the workers at the hotel who help her take them.

An ocean breeze puts the mind at ease Vitamin Sea 🌊