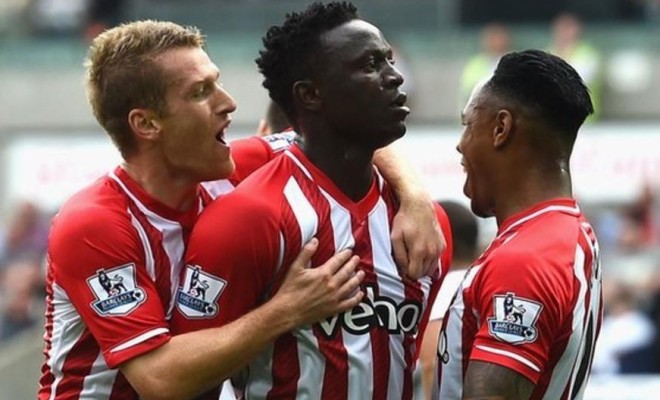 Harambee Stars Captain Victor Mugubi Wanyama was named English League African Player Of The Month of September after beating Victor Moses, Diafra Sakho and Mo Diame. Wanyama is a midfielder in Southampton and this is his second season at the Premier League.

Wanyama is also the first Kenyan to play and score in the English Premier League. This is what the organizers of the awards had to say:

“It was a tough choice as we had to also take into account, the performance of the Senegalese Diafra Sakho, who has been in explosive form since he arrived in England. Sakho has scored in virtually every game he played for West Ham and is as deserving of the award as Wanyama”, the statement added, “but what swayed it in Wanyama’s favour was his overall team work and contribution, especially at what many thought would be a difficult time for his club, having lost many first team players in the summer”.