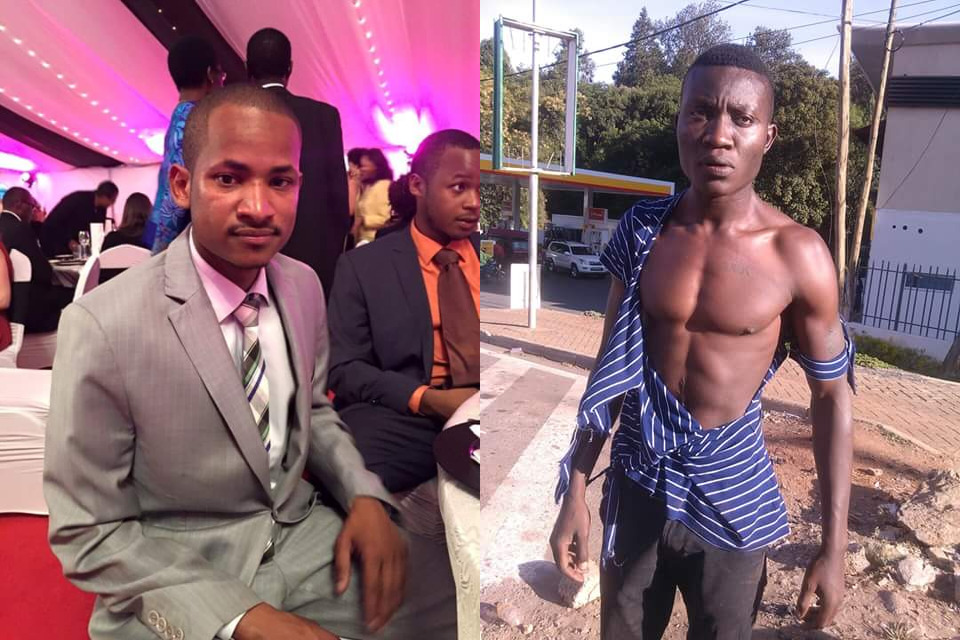 A video has emerged online of University Of Nairobi SONU Chairman Babu Owino terrorizing one of his opponents in the university elections at a local petrol station. The video shows him slapping a young man who had already been beaten up and clothes torn.

There is a back story doing rounds on social media on how this situation came to be and what exactly Babu did. Check it out

Everyone wants to know what happened to Mike Jacobs.

It all started when challow juma , Babu’s driver and an expelled maseno university called mike’s wife inquiring where mike was and telling her they planned a meeting with mike and should mike fail to appear he will attack her and kill her little kid. She called mike and told him everything.

At the time mike was at chiromo Campus with three friends, Tony Opondo, Chege and kevin waiting to go for a meeting at graduation square.

Mike was forced to drive to his house in kileleshwa to get what was happening.

They found Babu’s car KCE 500J parked at kileleshwa shell filling station and stopped and saw Challow juma, Babu and Babu’s bodyguard. They didn’t talk to them but drove off in their range rover to check on his complaining wife. On arrival and found his wife safe and still complaining, so mike and his three friends decided to go back to shell and get challow’s part of the story and this time on a toyota g-touring KAW which was less cheaper to Repair incase of anything.

On arriving at shell, Babu approached mike who was now on the passenger seat and invited him for negotiation in his v8, mike refused insisting he is only instrested in challow who was in Babu’s car, Babu then signalled them. Two huge men, challow and the bodyguard came, took mike out of the car and beat him seriously tearing his cloths, mike tried to run away from them and that is where Babu took photos of him. Then they drove away in their v8. Mike too went to his car where his friends

Mike limped to his car where His friends Who couldnt believe their eyes were and they drove to kileleshwa police station. On driving into the station, they found Babu’s car at the station and before alighting, Babu went as If to talk to Mike and dropped several rolls of bhang wrapped in a black polythene.

Mike Got out of the car and having sustained a lot of injuries, limped towards the police station where he fell at the door step and Babu took another photo. (Keenly studying the last pic their is Babu’s right hand pointing at mike) He told that he got to the City before him and police came out am not sure If to witness or to rescue the situation.
They proceded to check mike’s car where they found the rolls of bhang.
Mike has been accused of possession of bhang and released on bail⁠⁠⁠⁠

Babu tried to implicate Mike in order to eliminate him from the race of SONU chairmanship.