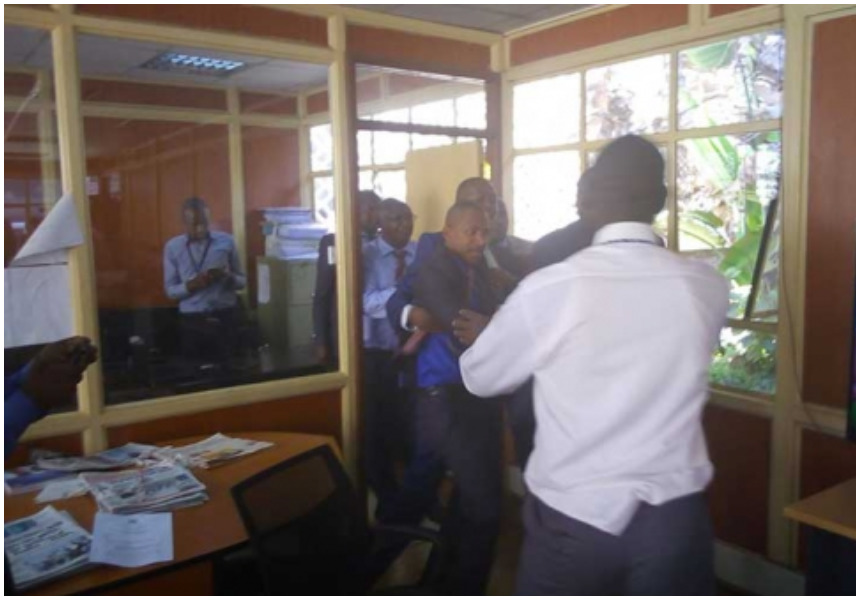 Babu Owino and Jaguar, two newly elected members of parliament, clashed and exchanged blows due to their political differences when it came to their choice of presidential candidate.

Jaguar had followed Baby to teach him a lesson for disrespecting Uhuru Kenyatta. Babu responded, “Which president? The only president I know is Raila Odinga”.