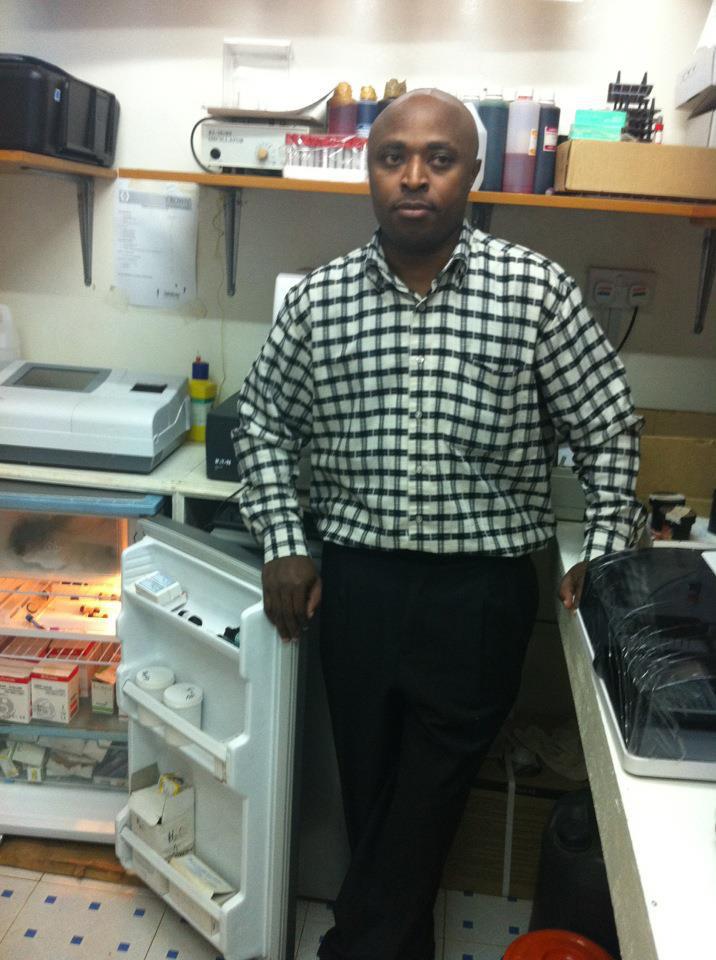 On Citizen news, an investigation was done by Lulu Hassan and Evelyne Wambui on a certain doctor accused a number of times that he rapes his patients. They did the following expose.

Outside the news another victim sent a long letter to popular blogger Robert Alai explaining her experience with the doctor and how a cover up was done. Here it is:

I would like to share my something traumatic i went through, since i was not able to get much help from the police, i have faith in you that you will do your own investigations and have these quacks arrested and stoped from doing more harm.

Last week on 1st Saturday i went to Prestige HealthCare for a pelvic scan
When i got there, told the lady at the customer care desk that i had gone for a pelvic scan, i had someone who had accompanied me, i was escorted inside and left (my boyfriend) waiting for me at the reception, someone wrote a request for me (Jeff M. K) was told to drink 3glasses of water as i wait for my turn.

When i was eventually called, the procedure began, whoever was doing the scan asked me questions like if i have kids and would like to have some in future, after i was done, he said i had a growth in my uterus, and the doctor wanted to see me, i was taken to the doc, who told me i have a growth in my uterus and needed to be removed by surgery, and by the way he was talking he sounded like it had to be done immediately.

I told him i wasn’t ready for that, i need the results so that i seek a second and a third opinion before i settle for a surgery. The doctor (Mugo) said he was going to examine me before we later on schedule for a surgery. I told him someone accompanied me at the hospital i needed to inform him that i was being examined, Dr. Mugo told me he will send someone to inform him, and the examination was going to take just 20minutes.

I kept my phone in my sling bag, was told to remove my trousers, after that was given the some clothe (surgery patients) to wear and told to climb ontop of the bed. I was begining to get scared, he sensed it but assured me it was just an examination.
I was told to open my mouth, below my tongue, was given around 4 or 5 tablets, and he sent for a line injection which was put on my left hand. Little did i know the drugs were going to sedate me. Next thing i remember, i woke up in a room that looked like a ward, i was covered by a sheet, i didn’t have my pants on, was on my pz had a tampon which was removed.

What even made me start regaining my senses was my boy friend causing ‘what have you done to her, what exactly have you given her, why wasn’t i consulted’ in a state of confusion, still drowsy, and scared, i asked for my bag, reached for my phone which i realized they had switched it off, my phone has a password so they removed the battery,..

Told my bf i didn’t have my pants, he went to call the lady at the customer care desk, whom i told to bring my pants, trouser and a pad, in the meantime, the doc had sent some C. O to put me on another drip which we refused, and my bf asked if they are going to charge for all the medications they administering to me without any consultation.

I dreased up still drowsy and we left that place. To cut the long story short, i was never told i was going to be sedated, i have no idea what was done to me, i don’t know how many women have gone through the same or worse than that. I have been up and down to Kasarani and Neema hospital i haven’t got enough help, i cant find anyone to go check if the health care is a genuine one, one of the docs told me at Neema he suspects i might have been sedated and raped.

A gynae suggested another pelvic scan done to me, i don’t have any growth, may be this a method they use to extort money from people and do other crude things, the results they gave me had no report, i can clearly remember all those who attended to me. Kindly share this story, hide my identity, find a way to stop these quacks from doing further harm. Incase of anything you can reach me using 072*******

Thank you for your time,