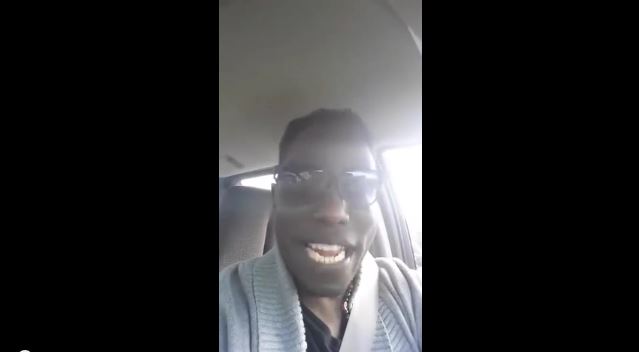 If you are living in the United States, the main language spoken there is English with the vast majority only speaking that one language. One Kenyan guy living in the US by the name Kunta Kinte decided to pull a prank on a Dunkin’ Donuts drive-through.

In the video the guy claimed his English is poor and kept asking for foods such as mango juice, avocado and mutura in Kikuyu and Swahili. The worker in charge got so confused he even asked his colleague to try and listen to the order. Just watch the hilarious order.