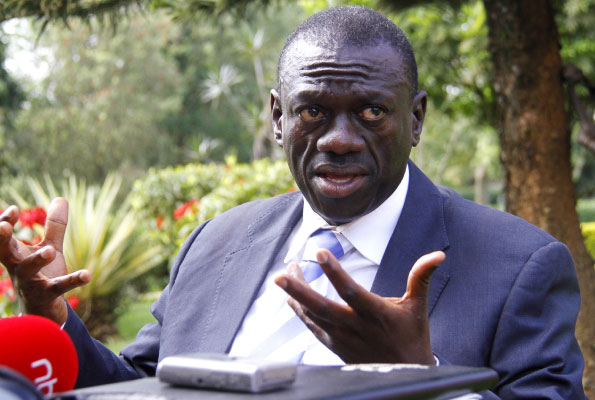 Kizza Besigye may never be president as long as he is running against current president Yoweri Museveni. As a result he decided to swear himself before the official swearing in of President Museveni who is going in for his 5th term.

Besigye sneaked out of his home past the police and headed out to Kampala where a crowd of people was waiting for him. He got arrested later and social media was shut down across Uganda yesterday. The military also forcefully evicted people from the town to prevent any gatherings and many were beaten up.

Goodness me. They’re beating up people who went to Kampala to work. What justification for this brutality? pic.twitter.com/yohSM5e8H5

This was a really crazy situation.