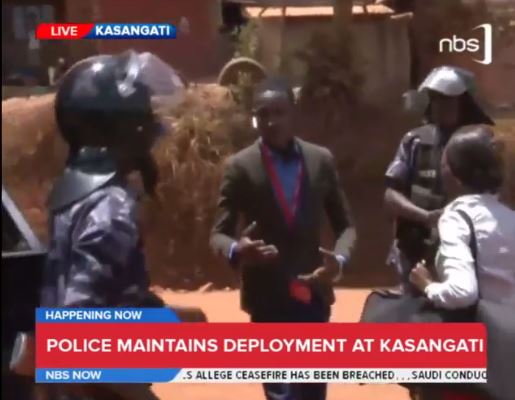 The presidential elections in Uganda have been very tense and the after effects are still being felt two weeks after Museveni was re-elected. His biggest rival Besigye is still being monitored heavily by police officers and his movements have been restricted to specific areas.

Journalists went to Beisgye’s home to cover a story about the supporters who had gone to show solidarity but police decided to round them up and throw them in police vehicles. NBS journalist Elijah Turyagumanawe reported his own arrest live as it happened.