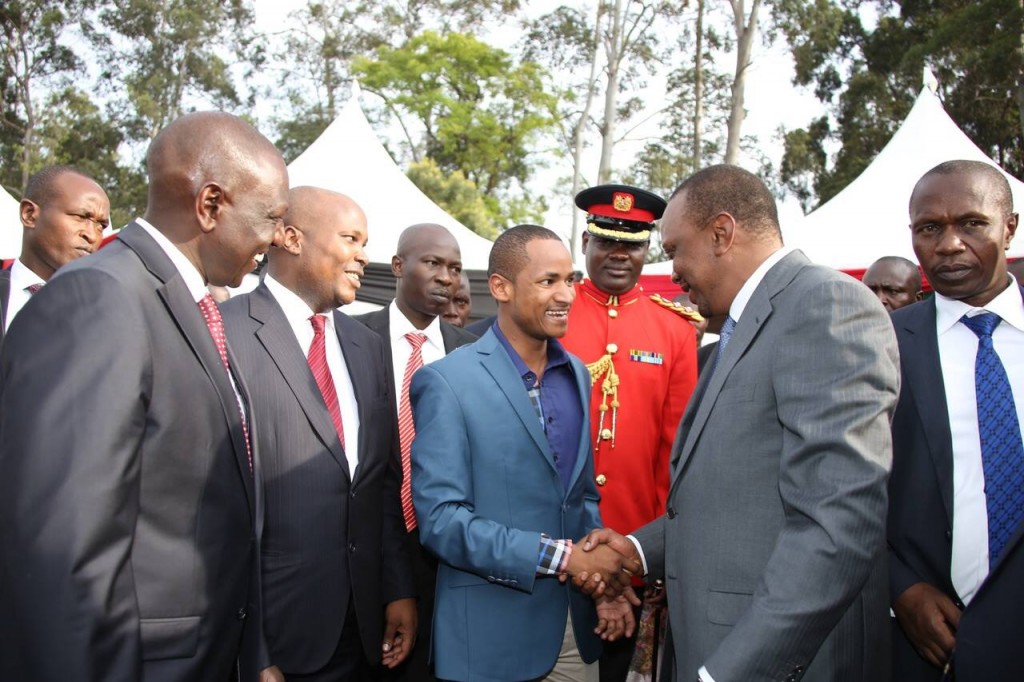 SONU Chairman recently wrote a letter to President Uhuru demanding that President Obama should make time to come and give a public lecture at the University Of Nairobi. He said failure to this, 18 students would commit suicide and 31 female students would urinate on the tree Obama planted at the institution back in 2006. 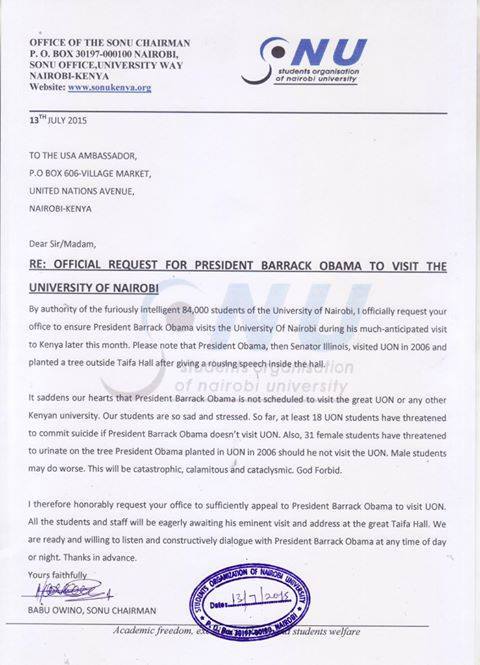 Uhuru Kenyatta decided to address the issue at the Kenya Japan conference on infrastructure at Serena Hotel. On his way out he got to ask Babu why he wrote a letter with such nonsense. He added,”Kama hatakuja huko, si ataenda KU. Si hio pia ni university”

Here is the video.