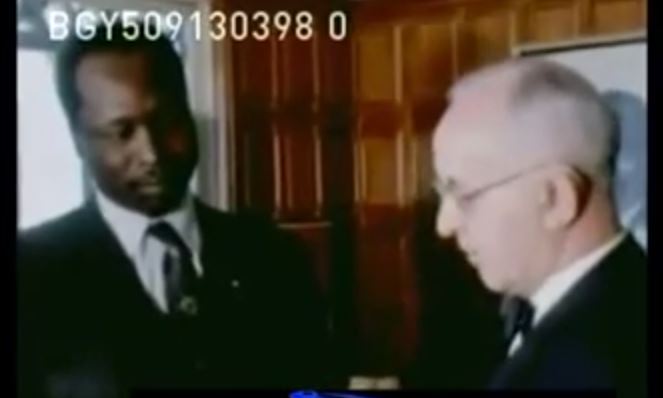 Back in the 70s, retired President Daniel arap Moi was the Vice President of Mzee Jomo Kenyatta who was the first president of Kenya.

A video has popped up in the internet and it was shot back in 1974. Here the election supervisor Mr N J Montogomery had just informed Moi that Mzee Jomo Kenyatta had been nominated unopposed in the upcoming presidential elections for October 1974.

Moi was requested to pass the information to Jomo Kenyatta and he did that via a phone call. Well his voice sounded waaay different than what we are used to today. Just listen.