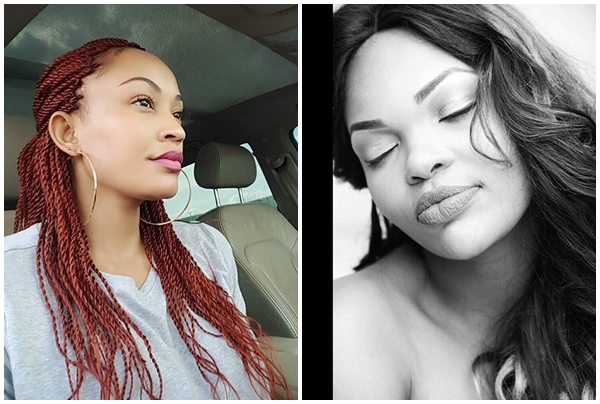 Tanzanian Wema Sepetu and Ugandan Zari Hassan have one thing in common, they both dated the talented musician Diamond Platnumz. As expected, the two cannot really stay in the same room together. Yesterday afternoon, they went head to head on social media.

It all started out when Wema’s fans were trolling Zari in the comment section. Zari couldn’t hold back and threw in this comment:

Fake cars, fake houses, fake men, fake everything but they are here to judge.. yall look like just had a fight with a tiger.

This was a direct jab at Wema’s lifestyle. She went on to add

We feel your pain Dee is a loving man. I know what you u missing but guess what, I gat it all by myself. Sent to hell on a one way ticket buried 6ft under #Kasepa #HeIsHappyNow

Wema Sepetu couldn’t take it lying down, she went on and defended herself with this statement. A pure indication that she was not happy at all.

Now this sparked Zari’s anger to a new level. This was her reply:

Ati DNA for what let her start na DNA ya Swiss then atupe ultrasound kisha ampime mtoto wake then she can ask for Tiffah’s. Hujawahi kuingia labour at unaomba DNA. Wachana na mambo ya wazazi. Endelea kugawa that’s the only thing you
can manage. Mtoto wangu asikupe stress don’t beef with a baby, find you levels, Tiffah level nyingine# BabyBoss.