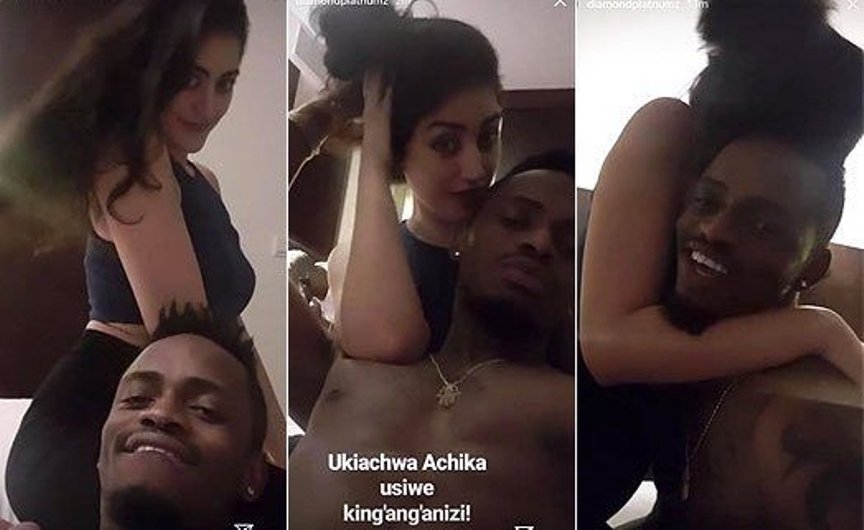 A few days ago, Diamond Platnumz posted explicit videos of himself with his baby mama Hamisa Mobetto and a Caucasian lady. This led to some public outcry that prompted him to be arrested. Information and Culture minister Dr Harrison Mwakyembe told parliament that he would be prosecuted for violating country’s moral standards. Further reports allege that Diamond’s passport and mobile phone have been confiscated to allow further investigations. This happens a week before he flies into Kenya for the much awaited Rick Ross concert.

Earlier, the award winning artist issued an apology to the public through a press conference. He said: “I’ve had a long conversation with the authorities and I have learnt that what I did was not right. As a role model to many young people, not just in Tanzania but across the continent, posting a private moment was irresponsible of me”.