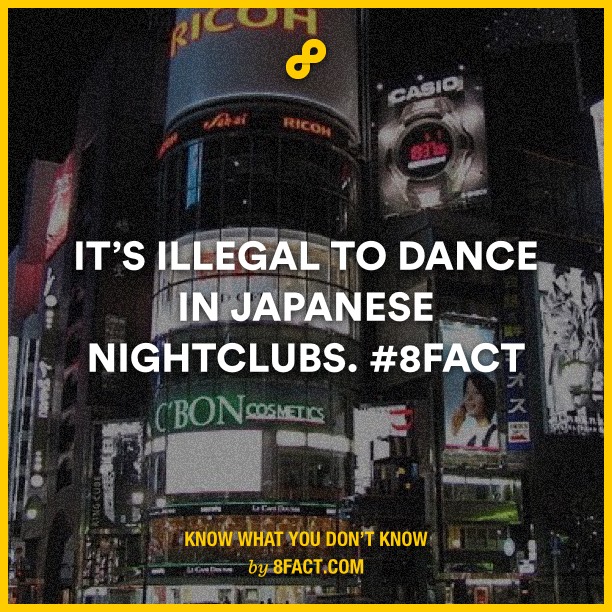 In the vast majority of Japanese nightclubs from Tokyo to Kyoto, dancing is strictly prohibited by law. Just a small number of venues have a dancing license which gives people permission to dance till midnight or 1am. If you are caught breaking this rule, you run the risk of being dragged out by police during a raid. Most club owners actually removed dance floors so as not to get charged with making people dance crime.

There is good news however. Japanese parliament has created a law that will allow a new category of clubs where people can dance all night. The lighting in these clubs must be brighter than 10lux (level of light before the start of a movie in a movie theater) so as to discourage crime.

The ban on dancing dates back in 1948 as a remnant of anti-prostitution fuzoku laws. Enforcement however started in 2010 due to a high number of nightlife related scandals.