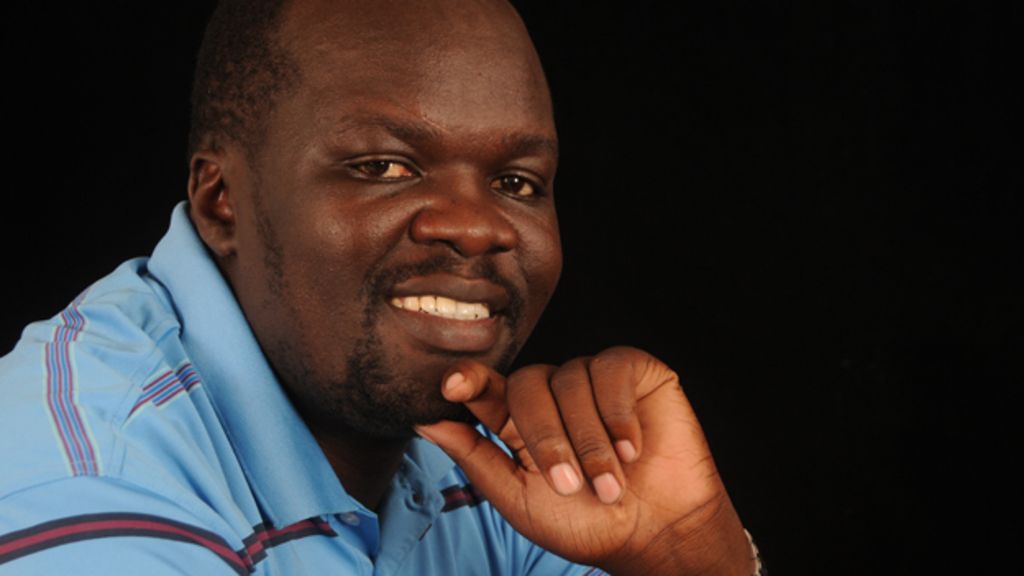 Yesterday Raila Odinga had planned for a huge event where he got sworn in as the people’s president. Not everyone is a fan of Raila and his team popular politicians which comprised of Mudavadi, Kalonzo, Orengo and Wetangula. One of these people is the famous social media personality Robert Alai. 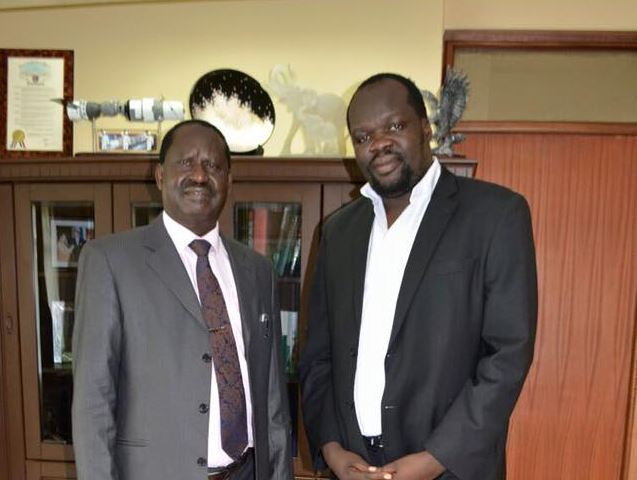 Alai decided to attack Mudavadi by talking about some horrible act the politician’s wife allegedly did. He posted:

NIS influenced NASA not to make Mudavadi the presidential candidate because “Kenyans would know that an Indian sired a baby with his wife.” Remember that Mudavadi’s wife gave birth to an Indian while married to Mudavadi.

That’s how he chickened out of the Presidency and let Raila be. Sissy!!! #NASAOathDay

A fan decided to give him a taste of his own medicine by attacking him with a similar approach. He posted:

You seem to spend so much time finding out who sired MDVD ‘s baby yet your wife gets screwed a guy who works for GE staying in South B. Boss service your wife. On the eve of transporting the remains of your late sister home, you wife was a guest at Bounty hotel in the mid morning. Tumbo na mdomo ndio kubwa na kazi hakuna 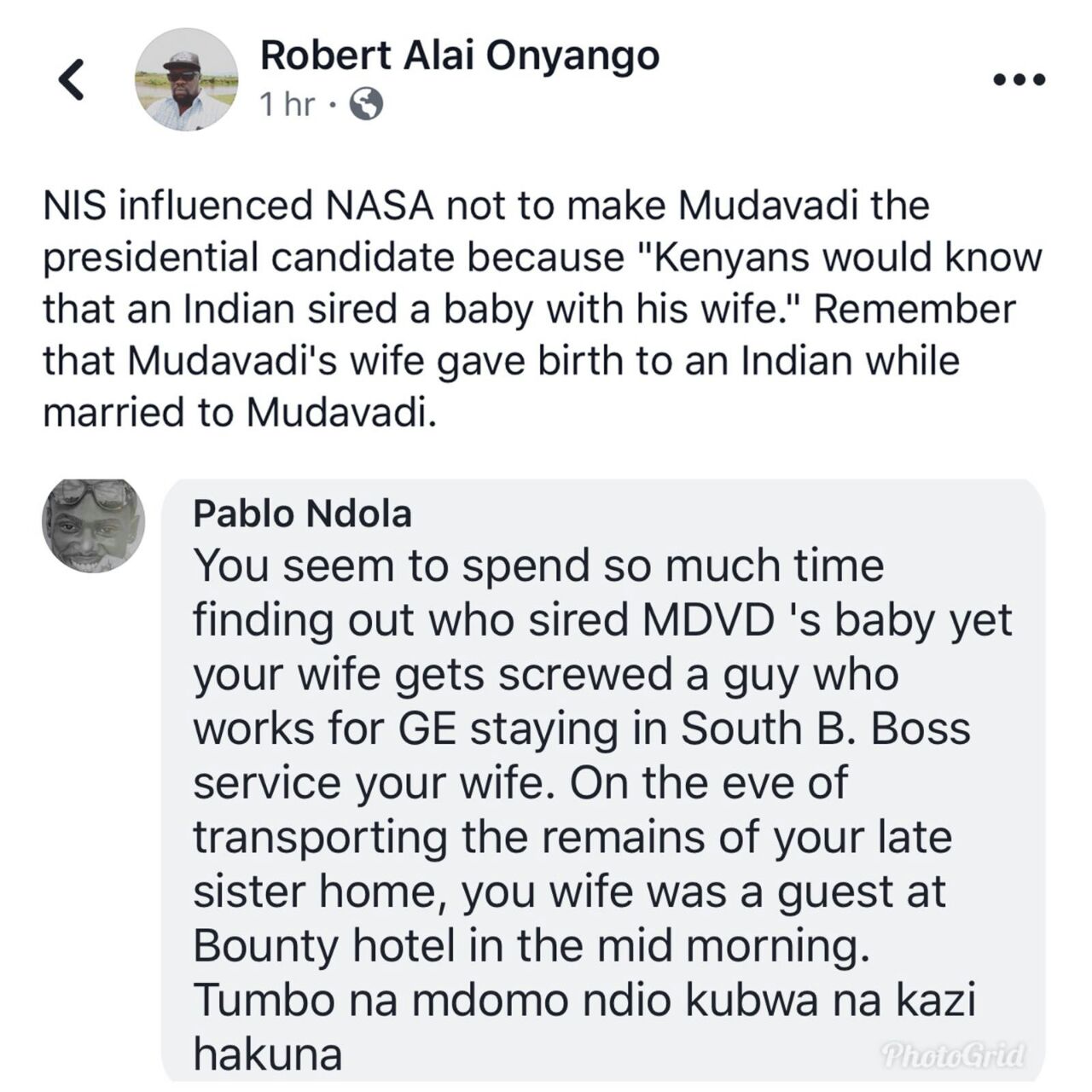