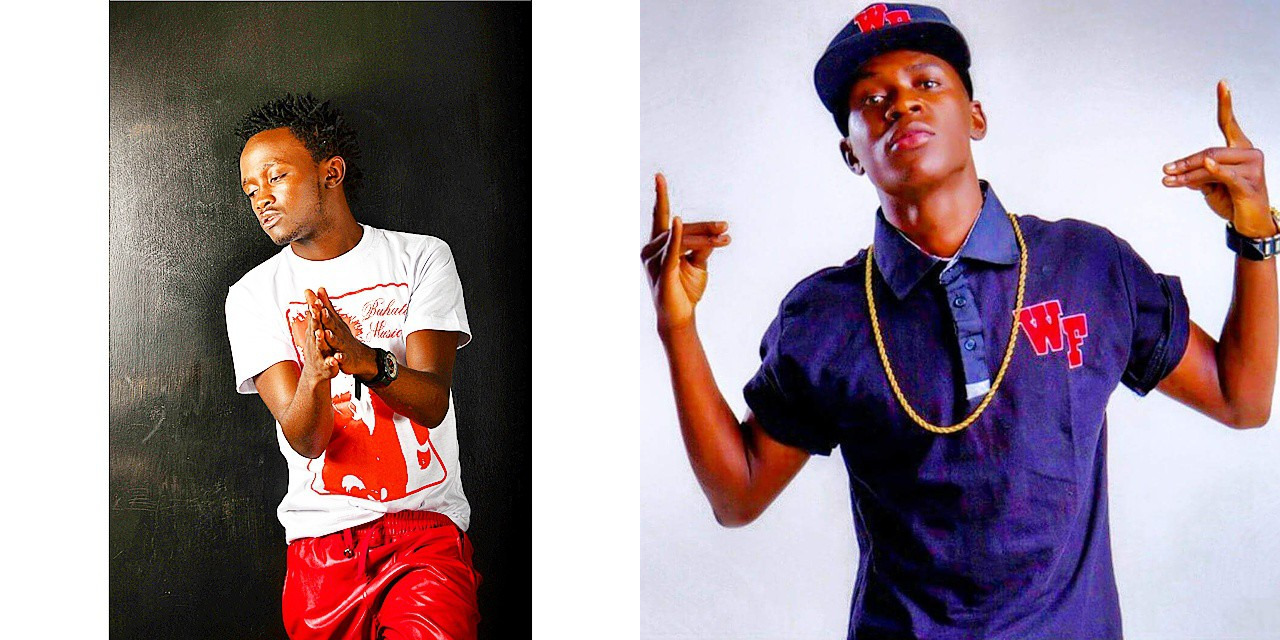 Two Kenyan gospel stars, Willy Paul and Bahati, seem to be having some major beef on just who is the better singer. On Sunday, Bahati went on to his Instagram account and accused Willy Paul of always competing with him and stealing his music. He even pointed that Willy Paul released Vigelegele just to counter his new song Lover since the two songs were released just a week apart. This is what exactly he said:

PART 1 #DEAR_WILLY_PAULBro just chose to write it here because after all you’ve been doing to me you don’t answer my Calls same time being arrogant to me on your texts… BUT One of the greatest virtues my Mum ever left me with is the virtue of Respect & Humility. 1st I respect anyone who came into the Music Ministry ahead of me and that’s why I respect your position in the Industry remembering you came 3 years b4 Kenya heard my Name. But Bro it seems you’re taking my Kindness for weakness… Just because BAHATI is known by Kenyans as soft spoken ati Nimpole hataongea. I agree but is just because GOD had not given me a go ahead, I try my best Nkunyamazie just to let God lead my path. You have tried many times to Create a “BEEF” between us because you’re always looking for a “SCANDAL” but do you know Why I have never answered anything about you Bro????? First.. Because am not called for Fame.. This’s God-given and GOD can take it from me anytime He wants so I try to HUMBLE that He may Receive the glory. Second.. I have a Society back where I come from in MATHARE that look up to me not as a Celeb as an inspiration. Bro Willy am here to make a Change I didn’t come to compete with you in Singing “BONGO MUSIC” but God put me here to be A VOICE TO THE, GHETTO, EASTLAND… AFRICAN CHILD.

PART 2: My mission is not the Music.. My mission is the Message to get home for the African Child and if there’s any other way God can use Let Him do I’ll stop Singing to make you happy. But Bro remember you came into Music b4 me but why are you making me feel as if we are in a Competition???? When I release a Song do you have to rush or be on Standby releasing yours to Counter Mine?????? Remember you had told many People around that your song #VIGELEGELE was a minor song just to distruct the public from Embracing my Song #LOVER… Are we in the Gospel???? Are we doing this for God or fighting to see which Name is Big?????? The main aim of writing this to you is Because am Not even at peace with your spies you send all Over me to know what New am doing .. Are we still in the Gospel?????…….. Been quiet but I thought that is not salvation so I would like the Public.. Fans & Family to help me in THIS

We waiting for Willy Paul’s response