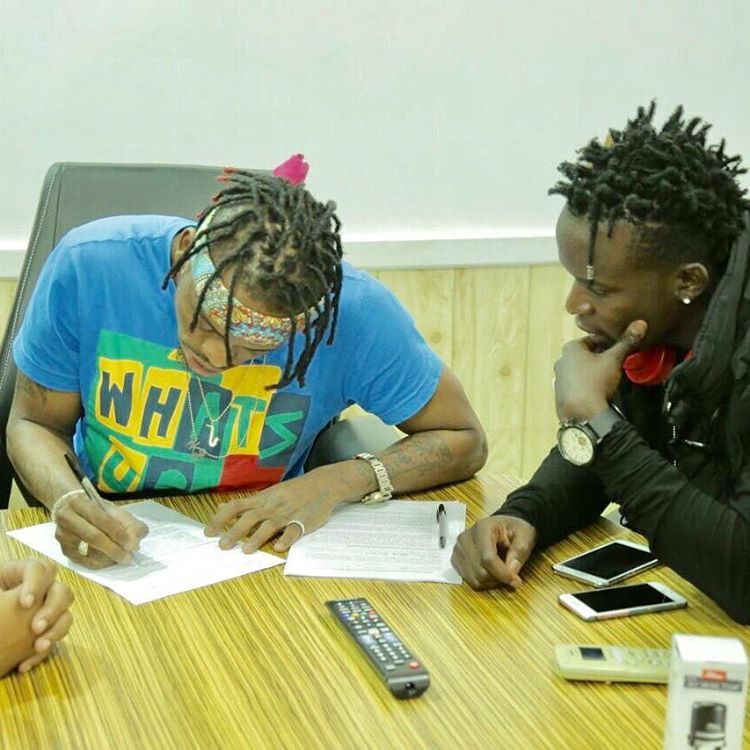 A couple of weeks ago Willy Paul released his biggest song yet together with Jamaican singer Alaine and the song has been played thousands of times all over.

Recently, Willy Paul went down to Tanzania to promote his song but first he had to pay a visit to Diamond Platnumz to sign a deal with him. Speaking to the Pulse, he said this about the meeting.

“We talked about a number of things and one of them was how we can work together as artistes, including releasing collabos.

He didn’t reveal any extra details.