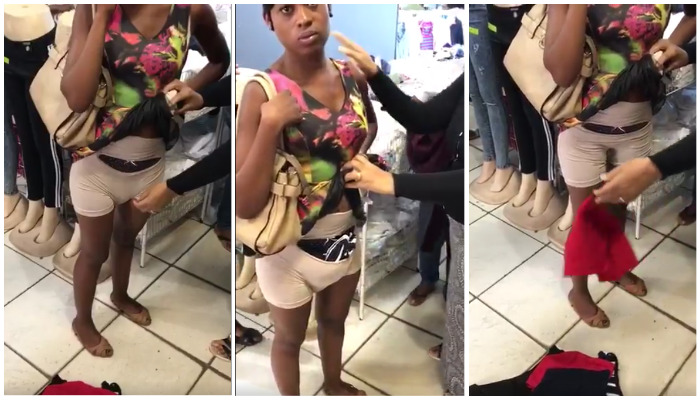 Women are getting more creative when it comes to stealing items in an effort not to get detected. A certain woman was busted hiding around 9 pieces of clothes she had stolen inside her underwear. She was immediately captured and recorded as they unveiled the evidence in public.