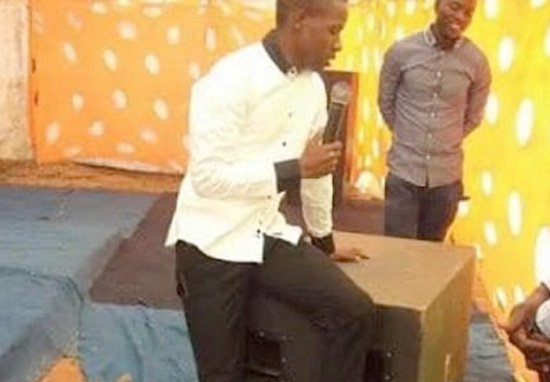 Some pastors would do anything to make themselves look powerful to the congregation and some of the things they do are downright dangerous.

A woman has died after a South African pastor by the name Pastor Lethobo Rabalango of Mount Zion General Assembly, decided to try out a bizarre miracle attempt. He placed a heavy speaker on her torso then proceeded to sit on it also. That is double the weight on her.

The woman has apparently promised that she wouldn’t feel any pain but ended up getting internal injuries which led to her passing away. She had been initially invited to be part of a demonstration to show anything is possible with faith. 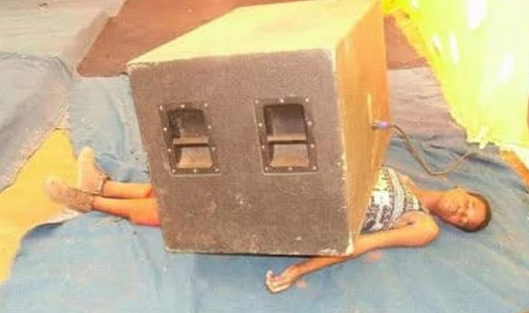 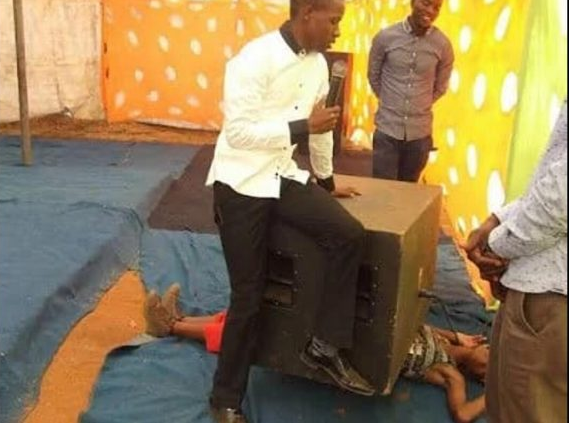 The pastor didn’t take any blame afterwards, he blamed the woman herself saying she lacked enough faith to make it possible.